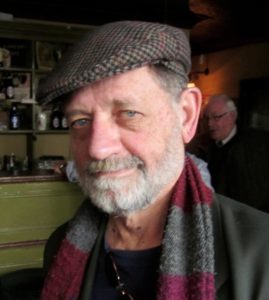 Richard Moore focused on math and computer science at Stanford, and upon graduation jumped whole-heartedly into the emerging Silicon Valley scene doing software R&D. He was privileged to work at many of the leading-edge companies of their day, including Tymshare, Xerox PARC, Apple Computer, and Oracle. His specialty was delving into problems that weren’t well defined, where one needed to invent as one went along, and where the risk-averse seldom ventured.

After thirty years in the software industry, Richard decided that there had to be more to life than commuting and trading days for dollars. He drew out his savings and moved to Ireland, to find out what his life was really about. This change of scene, at fifty-something, turned out be a liberating experience. He found himself able to do all those things he had been too inhibited to pursue back home, such as joining the light opera, acting in stage plays, and playing music in the pubs. Above all, he discovered that his real passion is for writing.

For Richard, writing is a means of learning, more than a means of conveying what he knows beforehand. As other authors have also reported, he has no idea where a piece will end up when he begins. Writing for him is a way of unlocking his powers of observation and analysis, opening a path of discovery that leads wherever it is meant to lead. He offers his work to the world not with, “Look at what I created”, but rather with, “Look at what I found”.

His book, Escaping the Matrix, was published in 2005, the culmination of a ten-year investigation into some of the most fundamental questions of our day: How does the world really work? What could a better world look like? How can we bring about the necessary transformation? As with his earlier endeavors in the computer industry, this was a quest that was poorly defined, and which required invention along the way. And as with those earlier projects, he found that it became necessary to question many of the assumptions that he, and his fellows, had long been taking for granted.